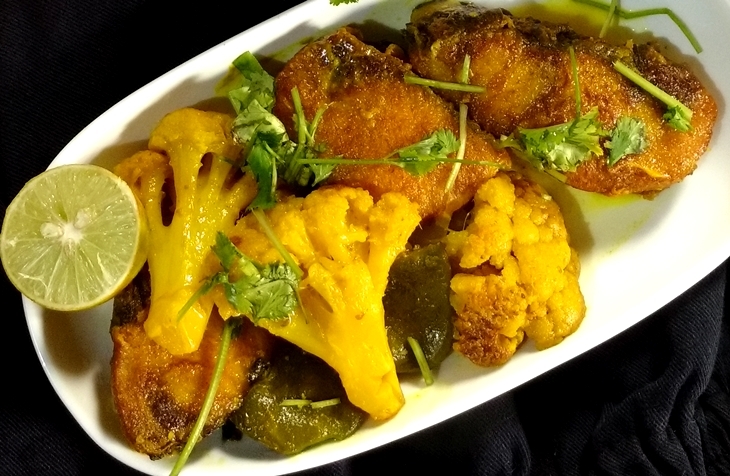 The marinated  katla/rohu fish chunks are fried and then simmered in a thin(running,steu) gravy made with Hyacinth beans and cauliflower and ginger and sometimes added with potatoes finished in a warm, spicy, cumin,  flavored sauce and this is How to make shim phulcopi diye macher jhol/fish curry with Hyacinth beans and cauliflower.Same way you can make alu, potol diye macher jhol . https://www.yummyfoodanddiet.com/how-to-make-alu-potol-diye-macher-jhol